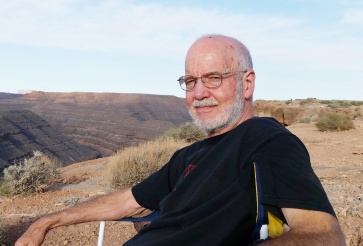 The idea for this blog started in 2018, when my wife Diane left this world after a long struggle with vascular dementia and Alzheimer’s disease. I cared for her at home full-time for the last six years of her life.

After she died, my daughter Lauren and I planned a journey from New Jersey to California, to scatter Diane’s ashes at the spot where I met her in 1967, on the Mount Whitney Trail in the John Muir Wilderness of the Sierra Nevada mountains. Lauren set up a Facebook group so our friends could follow our trip. She called it “It’s All About the Journey,” and I borrowed that title for this blog.

I grew up in Southern California in the 1950s and 1960s, earning a scholarship to attend the University of California at Berkeley. As a photographer for The Daily Californian I shot photos of the Free Speech Movement  during that turbulent time. Disillusioned with the university and looking for a more creative path, I transferred to UCLA to study movie making at what is now the School of Theater, Film, and Television.

After graduating from UCLA in 1966, I veered away from film into computing, starting as a computer programmer at the world’s first software house, and working at related jobs until I retired. A newly-minted college grad, I shunned the dating scene and took up things I loved growing up, hiking and backpacking in the High Sierras. One weekend drive through Yosemite, I decided to climb Mount Whitney. I was on the trail years before, but never made it to the top. The challenge grabbed me. That’s how I ended up camped at Mirror Lake and met Diane. We spent the next fifty years together.

Before retiring to care for Diane, I earned an MS in Computer Science from Fairleigh Dickinson University, and spent more than thirty years writing and editing award-winning technical documents for publication by AT&T Bell Labs, MITRE, Oracle, and others. My articles about software engineering and technical writing have been published in MIT Technology Review and Proceedings of the 13th Annual International Conference on Systems Documentation.

This site uses Akismet to reduce spam. Learn how your comment data is processed.